← back to
Ropeadope
Get fresh music recommendations delivered to your inbox every Friday.
We've updated our Terms of Use. You can review the changes here.

Freedom Is A Word 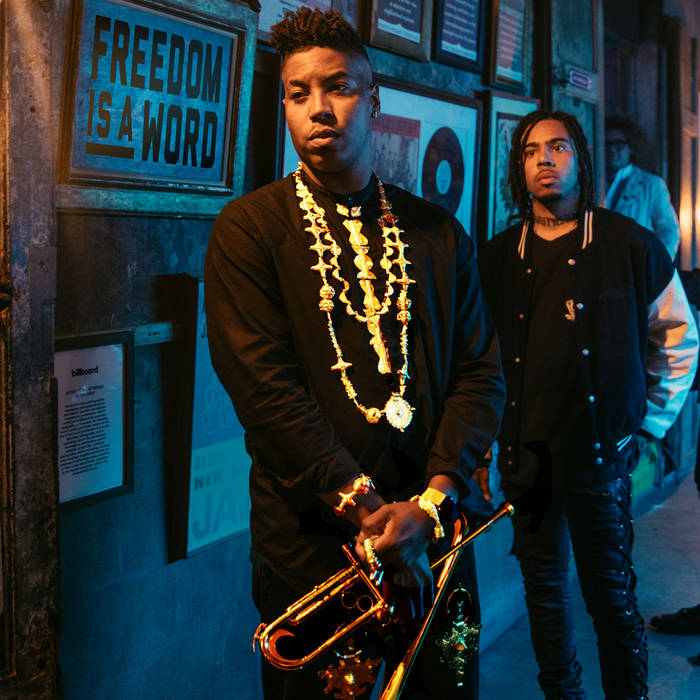 imran_mirza Scott is an immeasurably versatile artist whose music I just get lost in. There's really no one like him.

A Man Lost In Time

In partnership with 1800® Tequila, Billboard, the largest voice in music announces today, “Refined Players” – a five-part digital documentary series showcasing how five musical talents from all over the country were brought together in 3 days to record a new, refined sound. The video series will launch today and is led by award-winning jazz musician Christian Scott, and features hip-hop artist Vic Mensa.

Through “Refined Players,” 1800 Tequila and Billboard followed Christian Scott on his discovery of diverse music talents and sounds from various cities including New Orleans, Chicago, Philadelphia, the Bay Area and New York. The artists were then combined into one new collective, and recorded a newly refined track, “Freedom is a Word,” a genre-bending exploration of hip-hop and jazz. The final track was previewed live on October 18 during an intimate event at Preservation Hall in New Orleans and will be released on Friday December 8th.

The “Refined Players” series, conceived by CP+B LA and executive produced by Billboard, captures the hard work, honesty and passion of Scott, Mensa and the rest of the Refined Players collective of Joe Dyson, Weedie Braimah, Joe Harley, Elena Pinderhughes and Derrick Hodge. It is the latest in a year-long showcase of musical collaborations from 1800 Tequila, the world’s first super-premium tequila.

At thirty-four years old and a native of New Orleans, Scott brings a unique perspective to the “Refined Players” project. As a jazz-trained, Grammy award winning musician, he designs his own instruments, has his own label imprint, and releases all of his new music via his own app, Stretch Music. Although he is a one-man tour-de-force, his music still remains a powerful influence within the industry.

“Musically, it’s instinctual for me to pull in sonic influences from all over the world,” said Scott. “As a band leader and collaborator, it’s been an incredible journey to pull together individual talents from all over the country for the Refined Players project. Independently, each of us brings our own raw sound and creative energy into the mix. The final product is a true testament of hard work, collaboration and sonic diversity.”

Critically acclaimed rap all-star Vic Mensa recently released his long-awaited full-length debut album, Autobiography. Speaking to the generation of hip-hop’s wonder years, Mensa’s first solo album is comprised of confessional, confrontational and powerful messages. Mensa is currently touring with Jay-Z on his 4:44 tour, which opened up in Anaheim at the Honda Center on October 27.

"Collaborating with 1800 Tequila and Christian Scott on this unique track has taken me back to where my music started,” said Mensa. “The marriage of jazz and hip hop has always inspired me and my music, so to be able to create with such a talented group of musicians has been invigorating and exciting for me.”

The “Refined Players” series is an extension of the 1800 Tequila brand campaign “Just Refined Enough” that launched earlier this year.
credits

Verse 1
Pour the 1800 in a tall glass, let’s go crazy tonight the world’s gone mad
Subliminal slavery, take a knee with the ball players
And they want to put you out the class with no hall pass
None the less, puff my chest
Never see me sweat
So ahead of my time my parents haven’t even met
Word to Big L, I see the big picture
And when the closing credits roll it’s no Vic Mensa, just Victor
Now just listen, I sing you my song of pain, blood, sweat, and tears
But they still take the flow in vein
that’s why the music is my Novocain
I feel like David Bowie I been under pressure but I’m over fame
But who’s to blame, I can’t accuse the game
Swerving on the road to riches but they trying to tell me to choose a lane
Play the flutes like a brut champagne
It’s like the whole planets losing its brain
I think the world’s gone mad

Verse 2
Speaking for my generation this is innovation
Trying to bring unity to this divided nation
Tired of being patient, while they diagnose us
They say I’m short-sighted I think y’all just out of focus
Slept by the roaches, learned to fly with the vultures
Purple heart beating for all my Chicago soldiers
From the warzone to the world tour zone
I’m the man now but mama your boy’s home
I never left, like violins I never fret
Though the threat of violence is forever present
Take a trip down memory lane I’m reminiscing
We ain’t have a window to throw it out of or a pot to piss in
They don’t understand the youth because they don’t try to listen
N***** dying young in the streets because they tired of living
Tired of lies from the politicians
Open your eyes I’ll supply the vision
Of how the world gone mad